The HMI Display tool is the GUI tool to run customized monitoring displays of the RTDB of during a test run. It can also be used to start and stop test runs. The HMI provide an extensive sets of widgets - Values, BarGraph, Plots, Gauges,etc. to display RTDB variables. The HMI run-time and display builder tools are accessible from within the control center.

The SIMulation Workben Control Center is the GUI client application that allows you to create and configure the SimWB real-time resources.

From the initial road-map screen, you have access to individual panels and dialog to configure and control all the SimWB resources. The road-map is organized from left to right as the work flow a typical user would use to go from a new SimWB configuration to fully runnable configurations withe RTDB's, tests and test sessions. This is the initial screen displayed after you have logged in the SimWB real-time host. 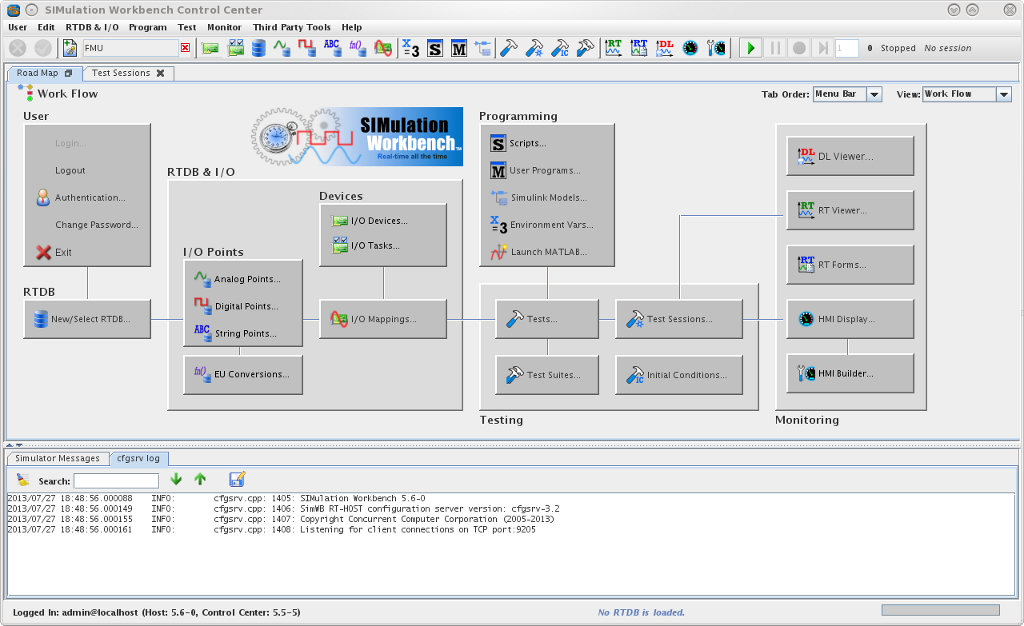 The first thing to do on a new SimWB system is to add to your configuration the I/O boards that your SimWB will use. I.e. analog input/output boards, digital input/output, CAN,etc. Those I/O devices are the ones that will later be available for mapping RTDB points. The I/O device configuration panel is accessed by clicking on the

link from the road-map screen. 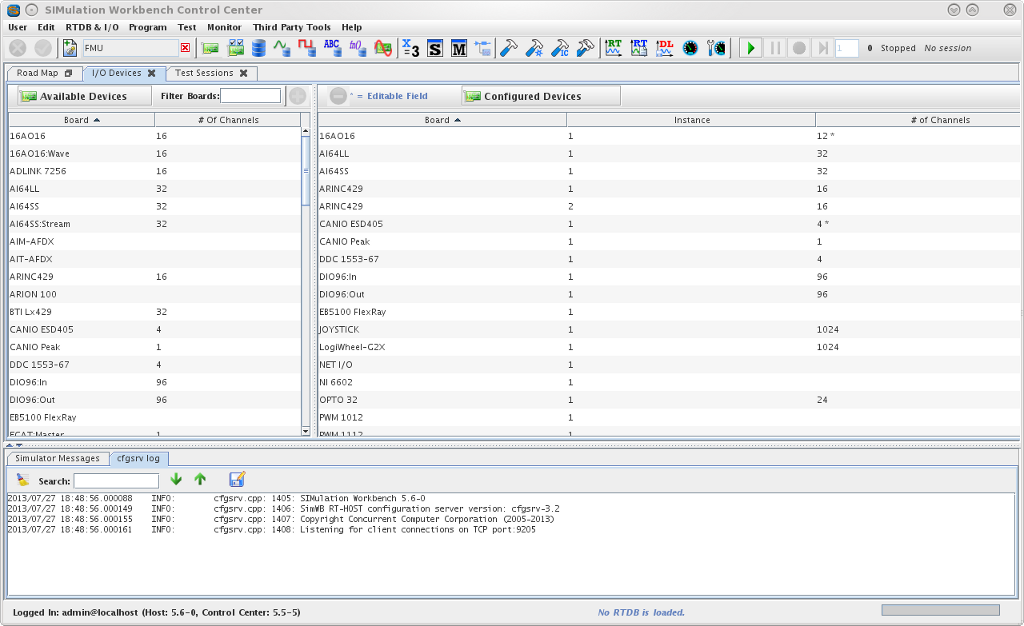 You can now start working on your RTDB by creating analog points. The configuration dialog is access from the

link. A SimWB analog point in the RTDB is essentially a numerical variable with a value an associated meta information. The 'C' type of the variable can be configured as any native scalar C type so that it can be accessed by user program and Simulink models directly as a program variable. The point can be associated to the a hardware I/O board via the mapping mechanism so that it will take its value from the device or its value will be sent to the device when the hardware is an output device. 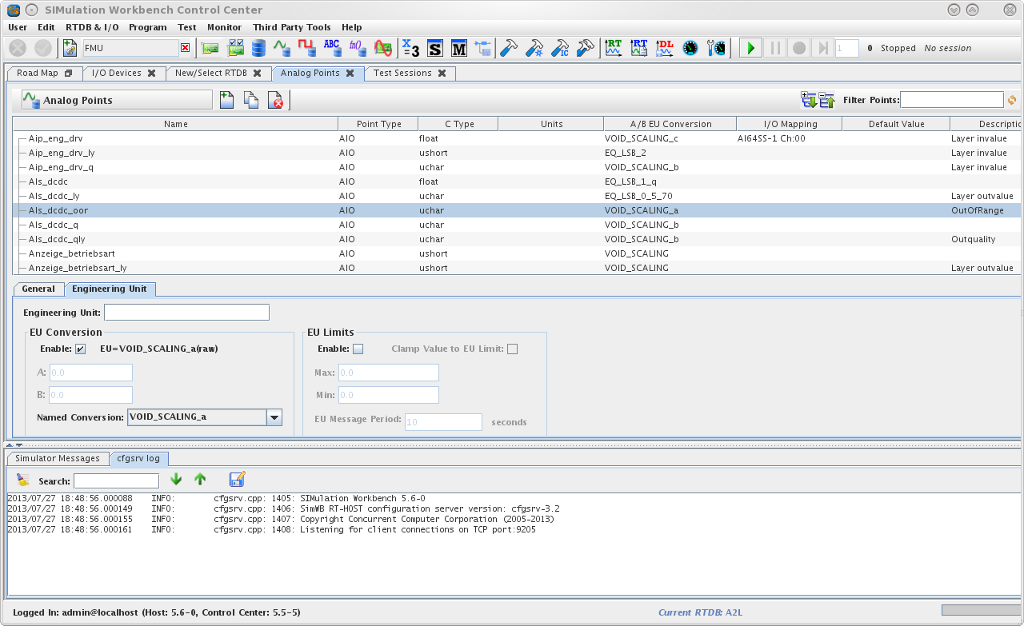 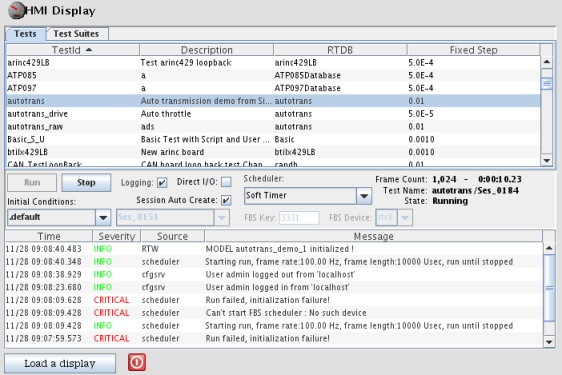 The application to build user defined displays to run under the SimWB HMI Run-Time. 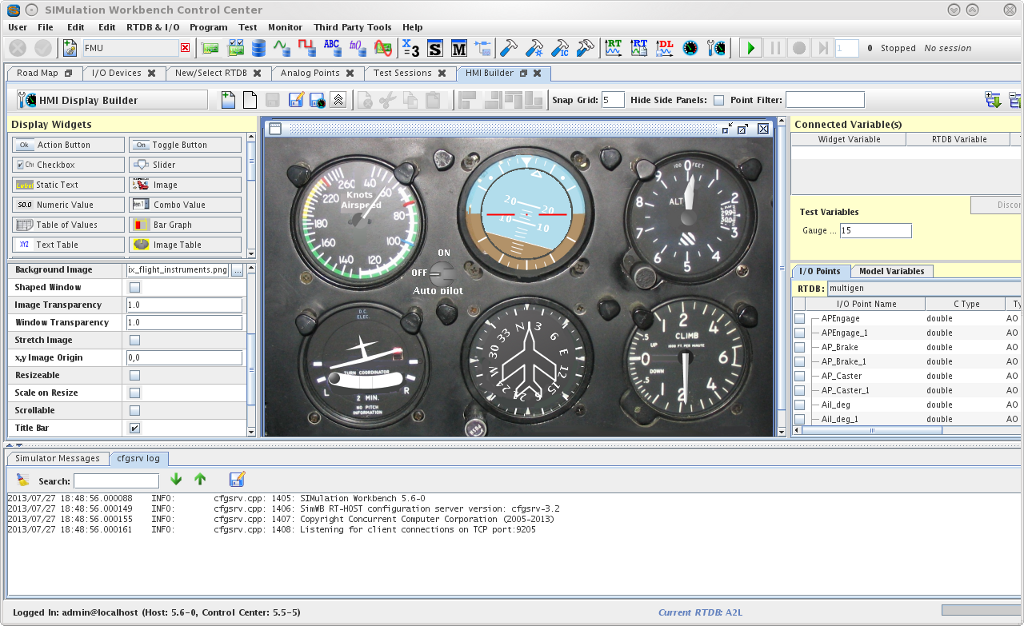